I want to go to France, mom

Aqila take my red hat that I bought in Bali. then, she took a pink bag and my blue scarf. After that, she started singing and dancing.
She is sang an Indonesian singer named chakra khan (harus terpisah), aqila sing that song by  turning it into the english language. And guess what? the lyrics, she made it by her self. Funny!
Haha, really amused to hear that. :D
After tired, Aqila asked me :
"mother, aqila want to go to France, this is my style when I go there. I want to see Eiffel tower like on Barbie movie"
"prior to France, would you like take some picture of me ?"
hahaha... x)

Then I took the camera and began to photograph her... 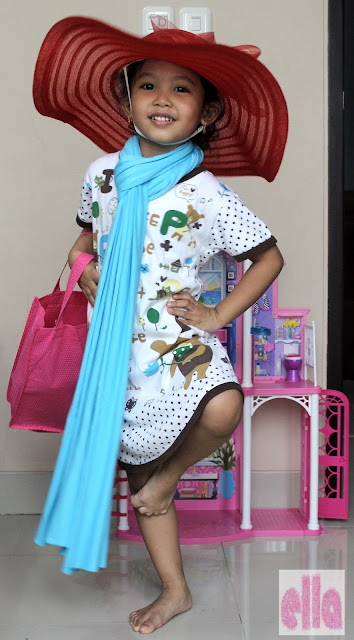 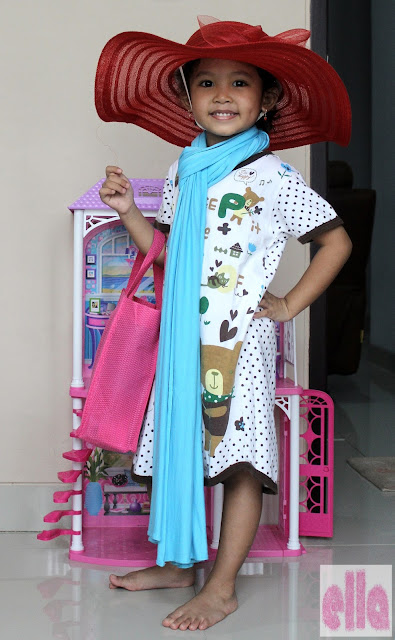 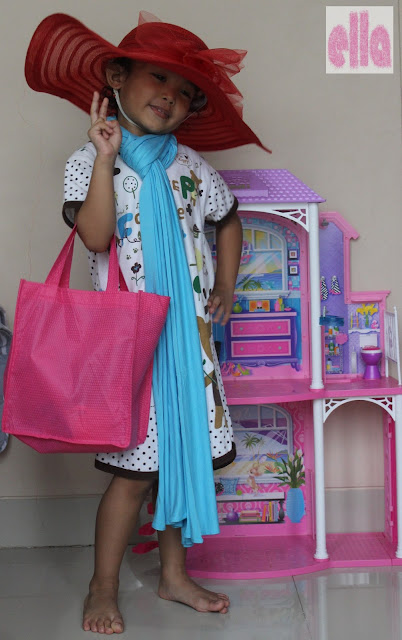 When shooting aqila, my sister named Tatsa came. She also wanted to photo with aqila. :)
Hehe, nice day between mother, daughter and aunt. ^^

Email ThisBlogThis!Share to TwitterShare to FacebookShare to Pinterest
Labels: About Aqila, Personal Diary

ella
Attrack what you expect. Reflect what you desire. Become what you respect. Mirror what you admire.